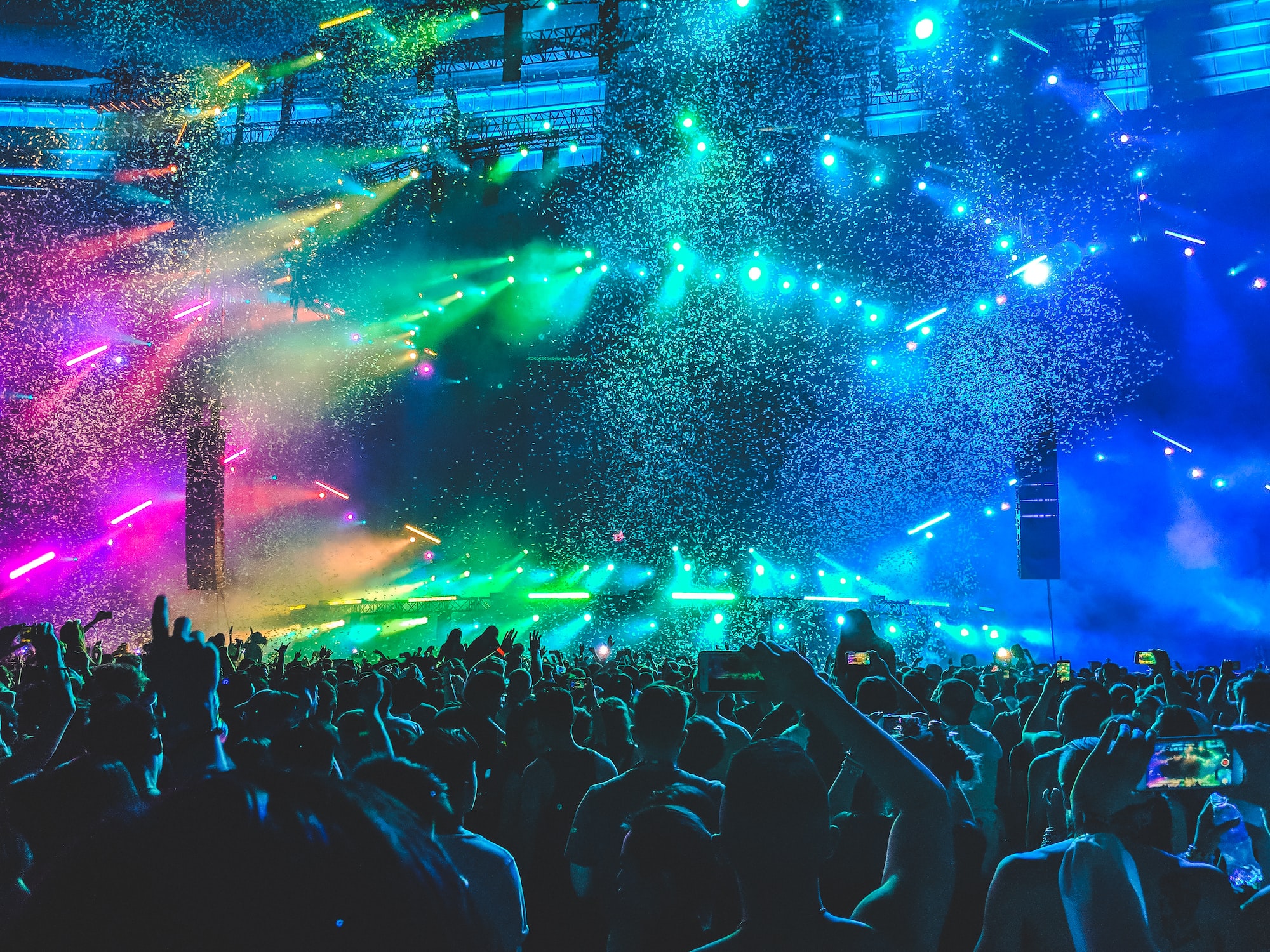 We hope our Quick Droppers had a delightful Valentines Day! Whether you went out on a lovely date, or stayed inside and cuddled with your M&K, we hope you enjoyed it.

Today is arguably a more important day, National Gumdrop Day. I know, we were a bit shocked too when we found out gumdrops had their own day. If gumdrops get their own day, we have no doubt Quick Drop Media will have a special day as well. The question is, which day would it be🤔?

Our ask - please continue to help us grow by providing feedback and sharing the Daily Drop with yo friendz.

Can we build a fort tonight?

Epic Games, is a brilliant company with a strong marketing team. They continue to develop and evolve Fortnite to meet the needs of their community. The reason they are able to do this is because they print $$$$$. They picked up with the evolution of GaaS (games as a service) and made the game free. Epic generates revenue through in-game transactions using V-Bucs and by charging for a "season pass." Fortnite's season pass is a way to reward gamers that level up their character. Rewards include new in-game gear/apparel, emotes, or V-Bucs. The idea behind a season pass started with Dota 2, but Fortnite made this become main stream. If you're interested in learning more on the history behind GaaS checkout this article written by Roundhill Investments on The Rise of GaaS.

Content evolution is key for battle royales. Not only has Fortnite hit the nail on the head with generating revenue, but they also continue to evolve their content. Fortnite is no longer just a game, but instead, a media company. In 2019 Epic Games hosted a Marshmello concert in Fortnite, which was the games biggest event ever. On the back of this success, the company continued to invest in a live production studio in Glendale, Calif. This prepares Epic Games' video game maker, Unreal Engine, for the future. They followed this up with other popular artists and a wild in-game concert series, "Spotlight." We could go on and on about how Epic Games is finding different ways to reach their community, but we want to keep this newsletter < 5 minutes!

With regards to streaming, Fortnite speaks for itself. It continues to be at or near the top of the charts in terms of viewers, channels streaming, and hours streamed. What can we say, people enjoy watching this battle royale and all that the new seasons have to offer.

We have the answer, Explosivo, a full service design studio. With years of professional experience working for one of the largest media companies in the world, Explosivo is truly second to none. He takes his talent and experience and provides content creators with high quality graphic & video services. If you need emotes, panels, animation, stingers, stream overlays, social ads, intros etc - he has you covered.

Do you like free emotes? Quick Drop Squad likes Explosivo's emotes so much that we agreed to sponsor 2 giveaways a month for the rest of the year! Follow Quick Drop Media & Explosivo to get alerts on how to win. See the emotes from our latest winner winner chicken dinner below.

Can we have 15% off? We reached out to Explosivo and he was nice enough to offer all Quick Droppers 15% off on your first order. Check out his website and reach out to Explosivo on Twitter with any questions.

CDL 2021 Opening Weekend was thrilling! To no surprise the Quick Drop Squad's favorite to be crowned champion this year, Dallas Empire, dominated Seattle Surge (3-0). We wished the story ended there as they suffered a tough loss against Minnesota RØKKR in SND losing on both Moscow and Garrison maps.

Atlanta FaZe, on the other hand, snapped back after their preseason loss to Florida (covered in Daily Drop #4 defeating) as they won against both LA Guerillas (3-0) and Optic Chicago (3-2).

We will continue to follow CDL throughout the year. Let us know who you think is going to win this season on Twitter... and who knows, maybe the winner will get a prize 👀

Activision Blizzard had strong earnings reported Feb 4th! They delivered better results than they projected. Activision made ~$8.1Bn in 2020 revenue, as compared to $6.4Bn in 2019. Specifically in Q4, the company made $2.4Bn beating their prior outlook of $2Bn. Much of the success was driven by expanding their audience reach, deepening engagement, and increasing player investment. Their major growth initiatives last year - Call of Duty, WoW, and Candy Crush - will continue to be a focus in 2021.

Call of Duty held 100m monthly active users (MAUs) through 2020. It doesn't matter if you look at Cold War, Warzone, or Mobile - Activision continued to have success across the platform.

WoW had strong engagement in 2020 across both the Classic and modern game modes. The full year franchise net bookings grew 40% YoY, reaching the highest level in nearly a decade. What's also exciting for the company is since the Shadowlands release, engagement levels continue to be stronger than they typically see at this point after an expansion launch.

King delivered its best financial year since the acquisition! King's largest franchise, Candy Crush, ended the year as once again the top grossing franchise in U.S. app stores. It is pretty amazing how the game is able to do this. Throughout the year they had strong engagement, in game spend per player, and net bookings.

Quick Drop Squad - Covid-19 clearly helped Activision Blizzard in 2020 through having more gamers engage and spend money. It's no surprise that these games continued to have success and post new net booking records. All of this info was sourced from the company filing. Until next time, we will see you Quick Dropping into Verdansk!